The Two Lives of Sara 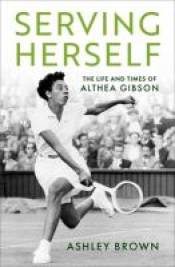 In this story of hope, resilience and unexpected love, a young mother finds refuge and friendship at a boardinghouse in 1960s Memphis, Tennessee. Sara King has nothing, save for her secrets and the baby in her belly, as she boards the bus to Memphis, hoping to outrun her past in Chicago. With a charismatic cast of characters, The Two Lives of Sara is an emotional and unforgettable story about a community, where family encompasses more than just blood and hidden truths can bury you or set you free.

Incorporating recent events into her narrative, the best-selling Ng (Little Fires Everywhere) crafts a dystopian tale about societal repression and a mother's love. It follows the quest of 12-year-old Bird ("Noah") Gardner to understand why his Chinese American mother, published poet Margaret Miu, seemingly abandoned him and his father, Ethan, three years earlier. Instructed by his father to deny any association to his mother and not to stray when going about his daily routines, Bird must also be careful to follow the PACT (Preserving American Cultures and Traditions) passed by the government following a major worldwide crisis. He doesn't want to raise any suspicions and risk being separated from his remaining parent, which happened to his classmate and closest friend, 13-year-old Sadie. Known for focusing on families, race, and relationships, Ng raises the bar another notch in a story intensified by reference to such police violence, political protest, book banning, and discrimination against people of color.

McCarthy returns 16 years after his Pulitzer-winning The Road with a rich story of an underachieving salvage diver in 1980 New Orleans, the first in a two-volume work. Bobby Western, son of a nuclear physicist who worked on the atomic bomb, is tasked with investigating a private plane crash in the Gulf. The plane's crew is dead, the black box is missing, and one passenger is unaccounted for. Soon, agents of the U.S. government begin to harass Western and his coworker, then this colleague turns up dead. This thriller narrative is intertwined with the story of Western's sister, Alicia, a mathematical genius who had schizophrenia and died by suicide. In flashbacks of Alicia's hallucinations, vaudevillian characters perform for her--most notably, a character named the Thalidomide Kid. Alicia and the Kid engage in numerous conversations about arcane philosophy, theology, and physics--staples of the philosopher-tramps, vagabonds, and sociopaths of McCarthy's canon. A heartbreaking and hilarious memoir by iCarly and Sam & Cat star Jennette McCurdy about her struggles as a former child actor--including eating disorders, addiction, and a complicated relationship with her overbearing mother--and how she retook control of her life. In an extraordinary story that only he could tell--and in the heartfelt, hilarious, and warmly familiar way only he could tell it--Matthew Perry lays bare the fractured family that raised him (and also left him to his own devices), the desire for recognition that drove him to fame, and the void inside him that could not be filled even by his greatest dreams coming true. But he also details the peace he's found in sobriety and how he feels about the ubiquity of Friends , sharing stories about his castmates and other stars he met along the way.

The Song of the Cell: An Exploration of Medicine and the New Human

A hip fracture, a cardiac arrest, Alzheimer's dementia, AIDS, pneumonia, lung cancer, kidney failure, arthritis, COVID pneumonia--all could be reconceived as the results of cells, or systems of cells, functioning abnormally. And all could be perceived as loci of cellular therapies. In The Song of the Cell , Mukherjee tells the story of how scientists discovered cells, began to understand them, and are now using that knowledge to create new humans. He seduces you with writing so vivid, lucid, and suspenseful that complex science becomes thrilling. Told in six parts, laced with Mukherjee's own experience as a researcher, a doctor, and a prolific reader, The Song of the Cell is both panoramic and intimate 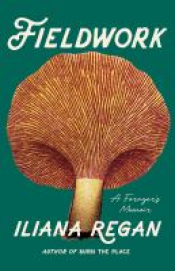 In Hays' debut novel, a circle of researchers uncover a mysterious deck of tarot cards and shocking secrets in New York's famed Met Cloisters. When Ann Stilwell arrives in New York City, she expects to spend her summer working as a curatorial associate at the Metropolitan Museum of Art. Instead, she finds herself assigned to The Cloisters, a gothic museum and garden renowned for its medieval art collection and its group of enigmatic researchers studying the history of divination. Desperate to escape her painful past, Ann is happy to indulge the researchers' more outlandish theories about the history of fortune telling. But what begins as academic curiosity quickly turns into obsession when Ann discovers a hidden 15th-century deck of tarot cards that might hold the key to predicting the future. 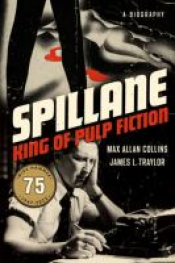 In this first of a groundbreaking multivolume set, THE MCCARTNEY LEGACY, VOL 1: 1969-73 captures the life of Paul McCartney in the years immediately following the dissolution of the Beatles, a period in which McCartney recreated himself as both a man and a musician. Informed by hundreds of interviews, extensive ground up research, and thousands of never-before-seen documents THE MCCARTNEY LEGACY, VOL 1 is an in depth, revealing exploration of McCartney's creative and personal lives beyond the Beatles.

The Queen: Her Life 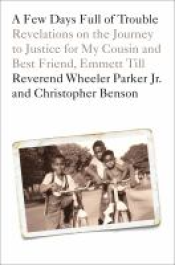 Renowned biographer Andrew Morton takes an in-depth look at Britain's longest reigning monarch, exploring the influence Queen Elizabeth had on both Britain and the rest of the world for much of the last century. From leading a nation struggling to restore itself after the devastation of the second World War to navigating the divisive political landscape of the present day, Queen Elizabeth was a reluctant but resolute queen. This is the story of a woman of unflagging self-discipline who will long be remembered as mother and grandmother to Great Britain, and one of the greatest sovereigns of the modern era. 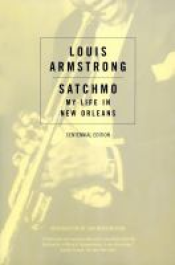 From author Ethan Joella comes an enormously powerful and life-affirming novel about three individuals whose lives intersect in unforeseen ways. Set in a close-knit Pennsylvania suburb in the grip of winter, A Quiet Life follows three people grappling with loss and finding a tender wisdom in their grief.  Three parallel narratives converge in poignant and unexpected ways, as each character bravely presses onward, trying to recover something they have lost. Emotionally riveting and infused with hope, A Quiet Life celebrates humanity in the midst of uncertainty.