This is the first book to examine domestic violence in terms of a continuum of five distinct categories or levels of woman battering. This book, based on 501 in-depth qualitative interviews, places emphasis on how to recognize the warning signs of a dangerous relationship and urges women who

have been battered in a dating, cohabiting, or marital relationship to end it quickly.

If I Am Missing or Dead: A Sister's Story of Love, Murder, and Liberation

Based on an award-winning article published in "O, The Oprah Magazine," Latus has crafted a heart wrenching yet beautifully crafted memoir about two intelligent, attractive sisters--one of whom escaped years of abuse by men--and one who did not.

No Visible Bruises: What We Don’t Know About Domestic Violence Can Kill Us 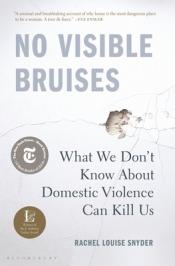 We call it domestic violence. We call it private violence. Sometimes we call it intimate terrorism. But whatever we call it, we generally do not believe it has anything at all to do with us, despite the World Health Organization deeming it a "global epidemic." In America, domestic violence accounts for 15 percent of all violent crime, and yet it remains locked in silence, even as its tendrils reach unseen into so many of our most pressing national issues, from our economy to our education system, from mass shootings to mass incarceration to #MeToo. We still have not taken the true measure of this problem.

In No Visible Bruises, journalist Rachel Louise Snyder gives context for what we don't know we're seeing. She frames this urgent and immersive account of the scale of domestic violence in our country around key stories that explode the common myths--that if things were bad enough, victims would just leave; that a violent person cannot become nonviolent; that shelter is an adequate response; and most insidiously that violence inside the home is a private matter, sealed from the public sphere and disconnected from other forms of violence. Through the stories of victims, perpetrators, law enforcement, and reform movements from across the country, Snyder explores the real roots of private violence, its far-reaching consequences for society, and what it will take to truly address it.

See What You Made Me Do: The Searing Truth of Power, Control, and Domestic Violence 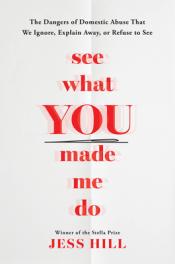 A deeply researched mental abusebook from an award-winning journalist that uncovers the ways in which abusersexert control in the darkest--and most intimate--ways imaginable. 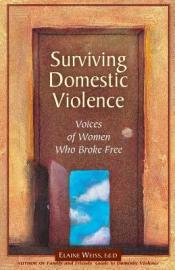 SURVIVING DOMESTIC VIOLENCE tells the stories of twelve women. Each was a victim of domestic violence, escaped from her abuser, reclaimed her dignity, reconstructed her life, and rediscovered peace. Domestic violence doesn't just happen "out there" somewhere. It happens in our town, in our neighborhood, on our street. 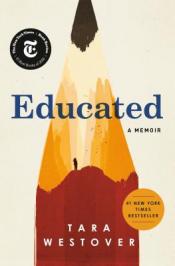 #1 NEW YORK TIMES, WALL STREET JOURNAL, AND BOSTON GLOBE BESTSELLER - One of the most acclaimed books of our time: an unforgettable memoir about a young woman who, kept out of school, leaves her survivalist family and goes on to earn a PhD from Cambridge University

Consent: A Memoir of Unwanted Attention 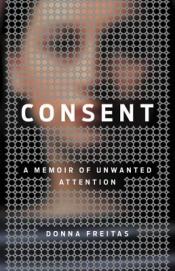 In this compelling and disturbing true story (Rebecca Traister), a young woman's toxic mentor develops a dark, stalking obsession that disrupts her career -- and her peace of mind.Donna Freitas has lived two lives. In one life, she is a well-published author and respected scholar who has traveled around the country speaking about Title IX, consent, religion, and sex on college campuses.

Hidden Valley Road: Inside the Mind of an American Family 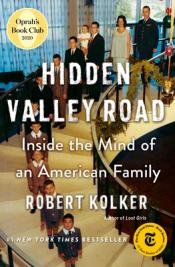 Don and Mimi Galvin seemed to be living the American dream. After World War II, Don's work with the Air Force brought them to Colorado, where their twelve children perfectly spanned the baby boom: the oldest born in 1945, the youngest in 1965. In those years, there was an established script for a family like the Galvins--aspiration, hard work, upward mobility, domestic harmony--and they worked hard to play their parts. But behind the scenes was a different story: psychological breakdown, sudden shocking violence, hidden abuse. By the mid-1970s, six of the ten Galvin boys, one after another, were diagnosed as schizophrenic. How could all this happen to one family?

What took place inside the house on Hidden Valley Road was so extraordinary that the Galvins became one of the first families to be studied by the National Institute of Mental Health. Their story offers a shadow history of the science of schizophrenia, from the era of institutionalization, lobotomy, and the schizophrenogenic mother to the search for genetic markers for the disease, always amid profound disagreements about the nature of the illness itself. And unbeknownst to the Galvins, samples of their DNA informed decades of genetic research that continues today, offering paths to treatment, prediction, and even eradication of the disease for future generations.

With clarity and compassion, bestselling and award-winning author Robert Kolker uncovers one family's unforgettable legacy of suffering, love, and hope.

Unbound: My Story of Liberation and the Birth of the Me Too Movement 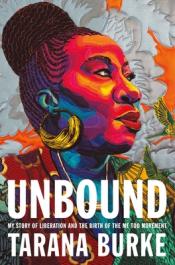 Tarana didn't always have the courage to say me too. As a child, she reeled from her sexual assault, believing she was responsible. Unable to confess what she thought of as her own sins for fear of shattering her family, her soul split in two. One side was the bright, intellectually curious third generation Bronxite steeped in Black literature and power, and the other was the bad, shame ridden girl who thought of herself as a vile rule breaker, not as a victim. She tucked one away, hidden behind a wall of pain and anger, which seemed to work...until it didn't.

Tarana fought to reunite her fractured self, through organizing, pursuing justice, and finding community. In her debut memoir she shares her extensive work supporting and empowering Black and brown girls, and the devastating realization that to truly help these girls she needed to help that scared, ashamed child still in her soul. She needed to stop running and confront what had happened to her, for Heaven and Diamond and the countless other young Black women for whom she cared. They gave her the courage to embrace her power. A power which in turn she shared with the entire world. Through these young Black and brown women, Tarana found that we can only offer empathy to others if we first offer it to ourselves.

Unbound is the story of an inimitable woman's inner strength and perseverance, all in pursuit of bringing healing to her community and the world around her, but it is also a story of possibility, of empathy, of power, and of the leader we all have inside ourselves. In sharing her path toward healing and saying me too, Tarana reaches out a hand to help us all on our own journeys.

Cold Sweat: My Father James Brown and Me

Being the child of a global superstar is never easy, but being the daughter of the Hardest Working Man in Show Business that's a category unto itself. Like every little girl, Yamma Brown wanted her father's attention, but fame, drugs, jail, and the complicated women in James Brown's life set the stage for an uncommon childhood.