Dominique Richard's reputation says it all--wild past, wilder flavors, black leather and smoldering heat. Jaime Corey is hardly the first woman to be drawn to all that dark, delicious danger. 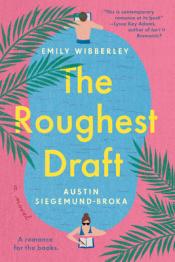 Three years ago, Katrina Freeling and Nathan Van Huysen were the brightest literary stars on the horizon, their cowritten book topping bestseller lists. But on the heels of their greatest success, they ended their partnership on bad terms, for reasons neither would divulge to the public. They haven't spoken since, and never planned to, except they have one final book due on contract.

Facing crossroads in their personal and professional lives, they're forced to reunite. The last thing they ever thought they'd do again is hole up in the tiny Florida town where they wrote their previous book, trying to finish a new manuscript quickly and painlessly. Working through the reasons they've hated each other for the past three years isn't easy, especially not while writing a romantic novel.

While passion and prose push them closer together in the Florida heat, Katrina and Nathan will learn that relationships, like writing, sometimes take a few rough drafts before they get it right.

In this moving story about losing and finding love again, a woman sets out to find the perfect matches for those closest to her.

Forty-eight-year-old Nantucketer Dabney Kimball Beech has always had a gift for matchmaking. 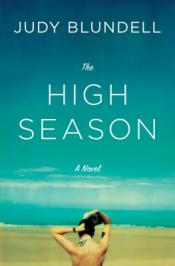 No matter what the world throws her way, at least Ruthie Beamish has the house. Located by the sea in a quiet Long Island village, the house is her nest egg--the retirement account shared with her ex-husband, Mike, and the college fund for their teenage daughter, Jem. The catch? To afford the house, Ruthie must let it go during the best part of the year.

It's Memorial Day weekend and the start of what Jem calls "the summer bummer" the family's annual exodus to make way for renters. This year, the Hamptons set has arrived. Adeline Clay is elegant and connected--and will never need to worry about money. Before long, she demonstrates an uncanny ability to help herself to Ruthie's life. Is Adeline just being her fabulous self, or is she out to take what she wants?

When an eccentric billionaire, his wayward daughter, a coterie of social climbers, and Ruthie's old flame are thrown into the mix, the entire town finds itself on the verge of tumultuous change. But as Ruthie loses her grasp on her job, her home, and her family, she discovers a new talent for pushing back. By the end of one unhinged, unforgettable summer, nothing will be the same--least of all Ruthie. 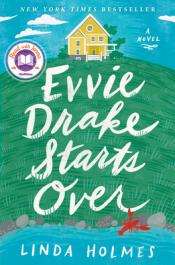 In a sleepy seaside town in Maine, recently widowed Eveleth "Evvie" Drake rarely leaves her large, painfully empty house nearly a year after her husband's death in a car crash. Everyone in town, even her best friend, Andy, thinks grief keeps her locked inside, and Evvie doesn't correct them.

Meanwhile, in New York City, Dean Tenney, former Major League pitcher and Andy's childhood best friend, is wrestling with what miserable athletes living out their worst nightmares call the "yips" he can't throw straight anymore, and, even worse, he can't figure out why. As the media storm heats up, an invitation from Andy to stay in Maine seems like the perfect chance to hit the reset button on Dean's future.

When he moves into an apartment at the back of Evvie's house, the two make a deal: Dean won't ask about Evvie's late husband, and Evvie won't ask about Dean's baseball career. Rules, though, have a funny way of being broken--and what starts as an unexpected friendship soon turns into something more. To move forward, Evvie and Dean will have to reckon with their pasts--the friendships they've damaged, the secrets they've kept--but in life, as in baseball, there's always a chance--up until the last out. 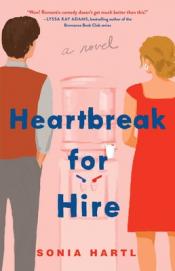 A smart, sexy, and witty romantic comedy--perfect for fans of Christina Lauren and Sally Thorne--about a twentysomething who lives out every woman's fantasy: getting paid to give men who do us wrong a taste of their own medicine. But when a previous target unexpectedly shows up at her office, she's forced to rethink her life as a professional heartbreaker.

How to Marry Keanu Reeves in 90 Days 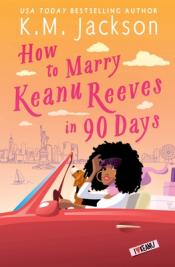 "A rollicking rom-com full of fun, complex characters, laugh-out-loud one liners and delicious banter," perfect for pop culture fans (NPR). Bethany Lu Carlisle is devastated when the tabloids report actor Keanu Reeves is about to tie the knot. What?! 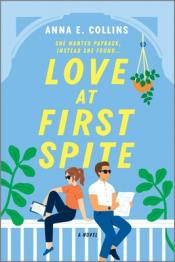 Falling in love is the ultimate payback in this delightful, breezy romcom about an interior designer who teams up with an enigmatic architect at her firm to get revenge on her ex the only way she knows how: by building a spite house next door

I Think I Love You

In 1974 Wales, 13-year-old Petra and her friend, Sharon, are obsessed with a contest whose winners will be flown to America to meet their teen idol, David Cassidy.

The Fastest Way to Fall 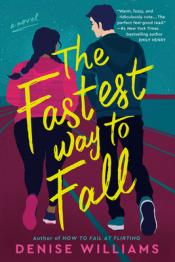 Britta didn't plan on falling for her personal trainer, and Wes didn't plan on Britta. Plans change and it's unclear if love, career, or both will meet them at the finish line.